NOAA Sends Along a Postcard From the Field: 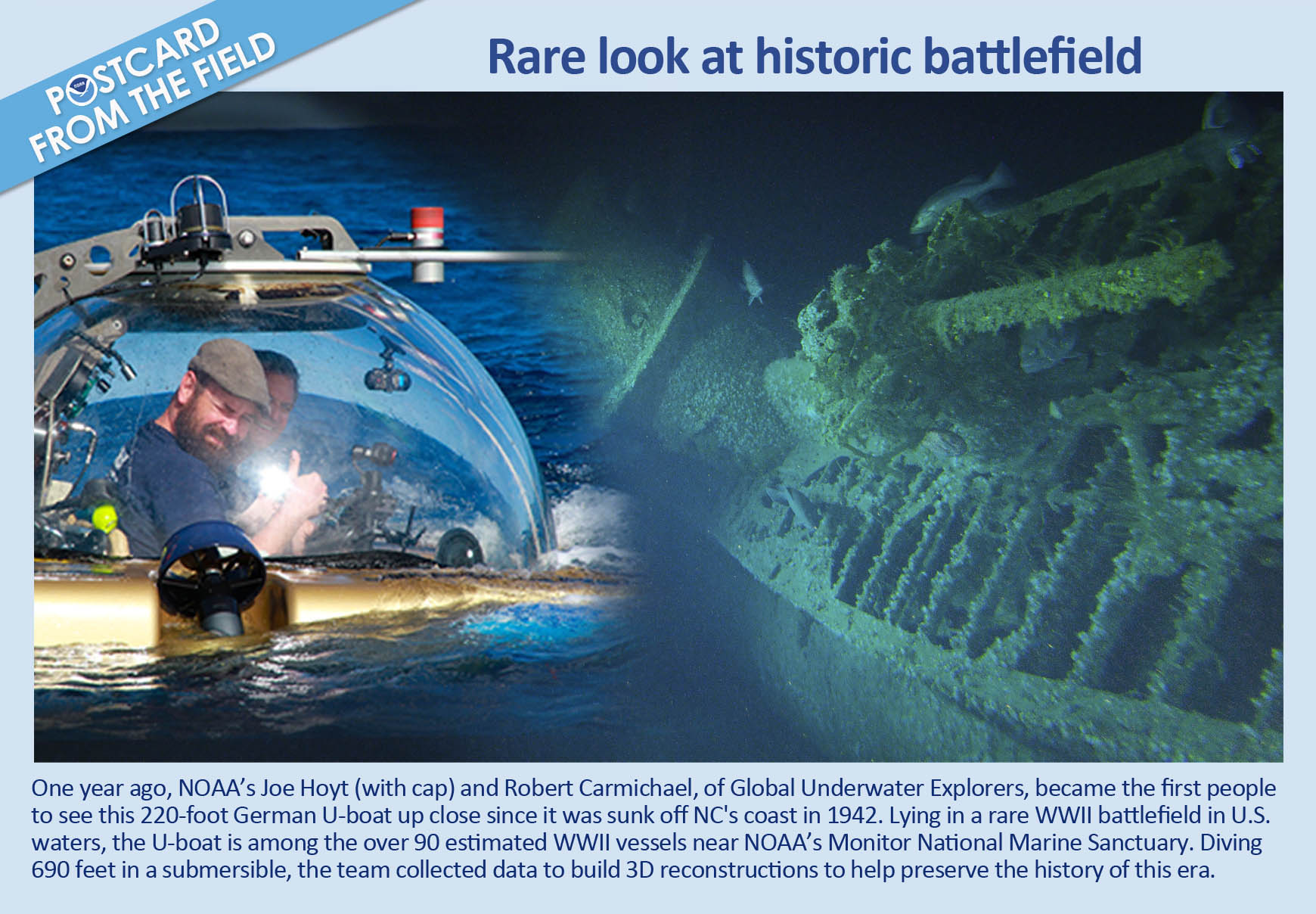 Image caption: Photo of NOAA’s Joe Hoyt and Robert Carmichael, of Global Underwater Explorers, in a submersible and the wreck of a German U-boat that sank off NC’s coast in 1942.

One year ago, NOAA’s Joe Hoyt (with cap) and Robert Carmichael, of Global Underwater Explorers, became the first people to see this 220-foot German U-boat up close since it was sunk off NC’s coast in 1942. Lying in a rare WWII battlefield in U.S. waters, the U-boat is among the over 90 estimated WWII vessels near NOAA’s Monitor National Marine Sanctuary. Diving 690 feet in a submersible, the team collected data to build 3D reconstructions to help preserve the history of this era.