Over Thanksgiving weekend, the O’ahu contingent of Hawaii Underwater Explorers (HUE) invaded the Big Island. We had a blast; but, Mer’s laptop sucked too much to edit the video. Now that we’ve fixed the former, enjoy the latter: video is below.

We headed to South Kona and enjoyed a dive at Honaunau Bay, at a site called Two Step, thusly named due to the shape of the lava rocks where you enter the water. We then preceded to lunch at the cliff-perched Coffee Shack (great sandwiches, even better view). 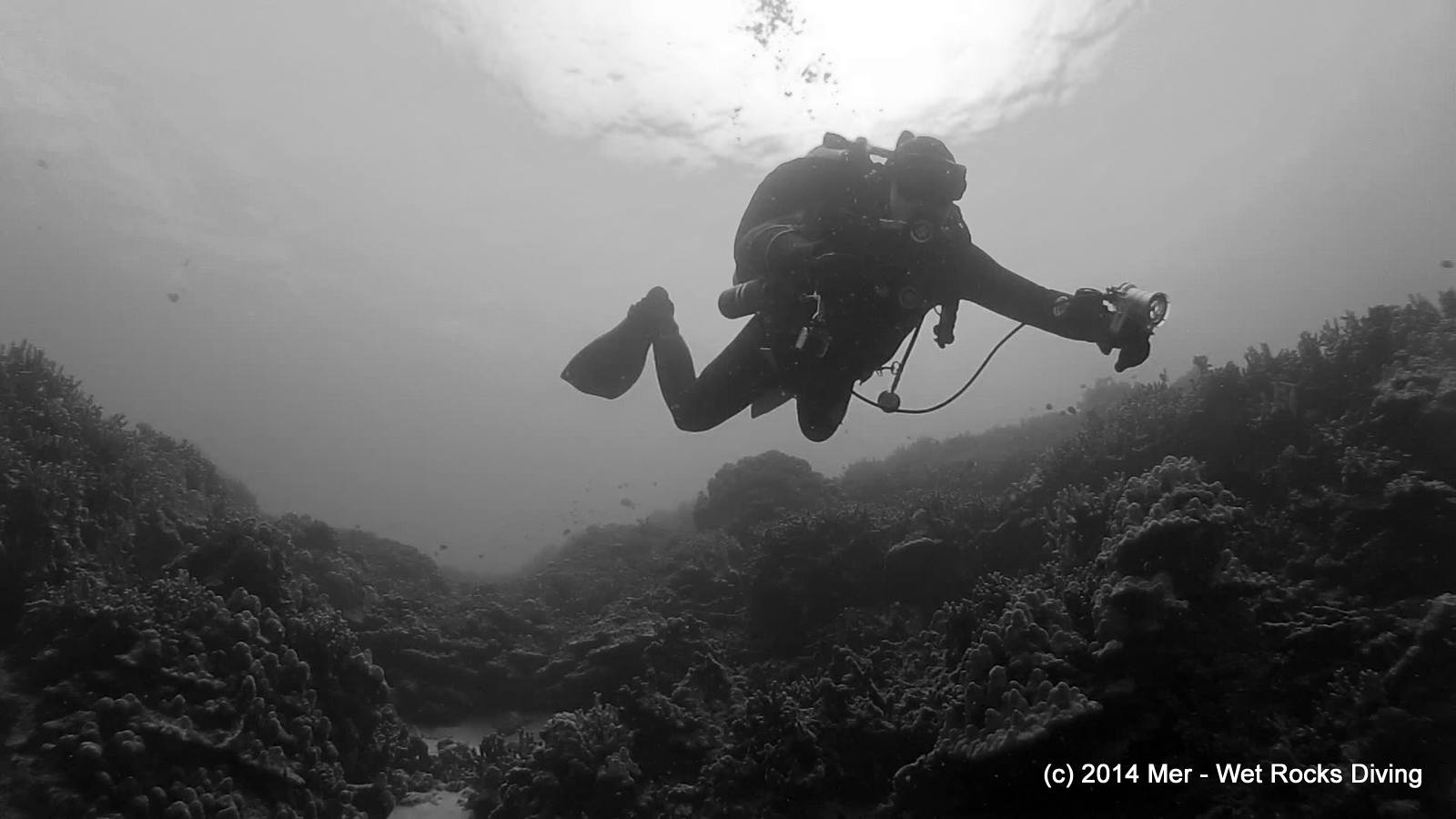 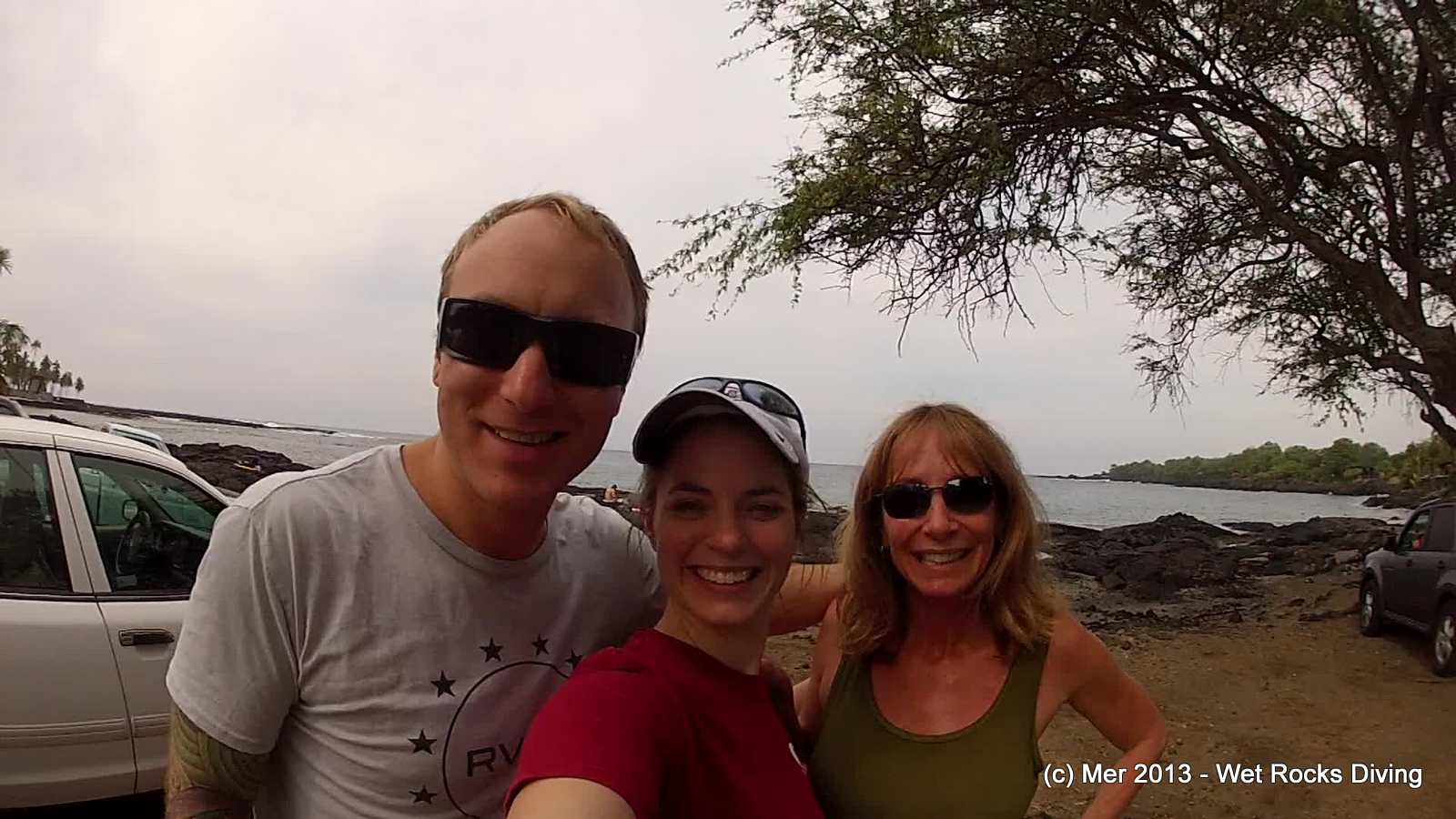 Nick, Mer, and Phyllis at Honaunau

Check out additional pictures in the Day 2 Teaser post.