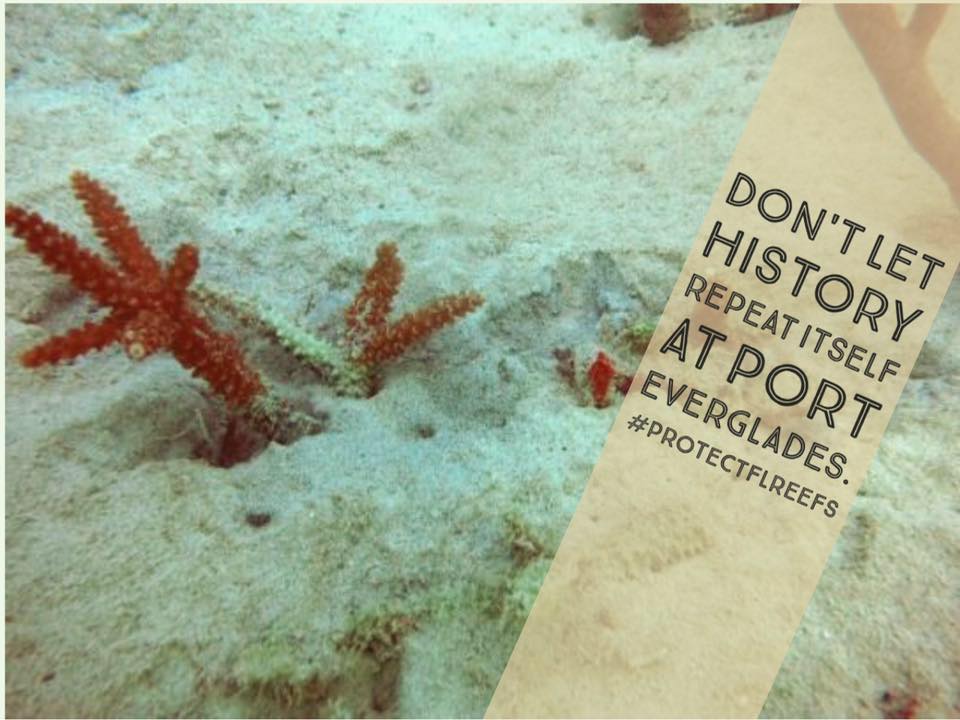 What is Port Everglades

Port Everglades is a major harbor on Florida’s Atlantic coast. Located at Ft. Lauderdale, just north of Miami, it is a major embarkation point for cruise ships, and sits adjacent to Florida’s barrier coral reef tract as well as world-class wreck diving.

In order to access Port Everglades, there is a channel that crosses the Florida Reef Tract. Now that larger ships are coming, due to the widening of the Panama Canal,  Port Everglades Channel is scheduled for expansion dredging. Port of Miami has already undergone this dredging and the resultant sedimentation was way worse than predicted by the Army Corps of Engineers, burying corals and impacting several endangered species. The Port Everglades expansion project plans to use these same (flawed) methods. Speak out to stand up for our reefs!

What You Can Do

Florida residents, Florida visitors (American or foreign), and anyone who cares about the health of our reefs! 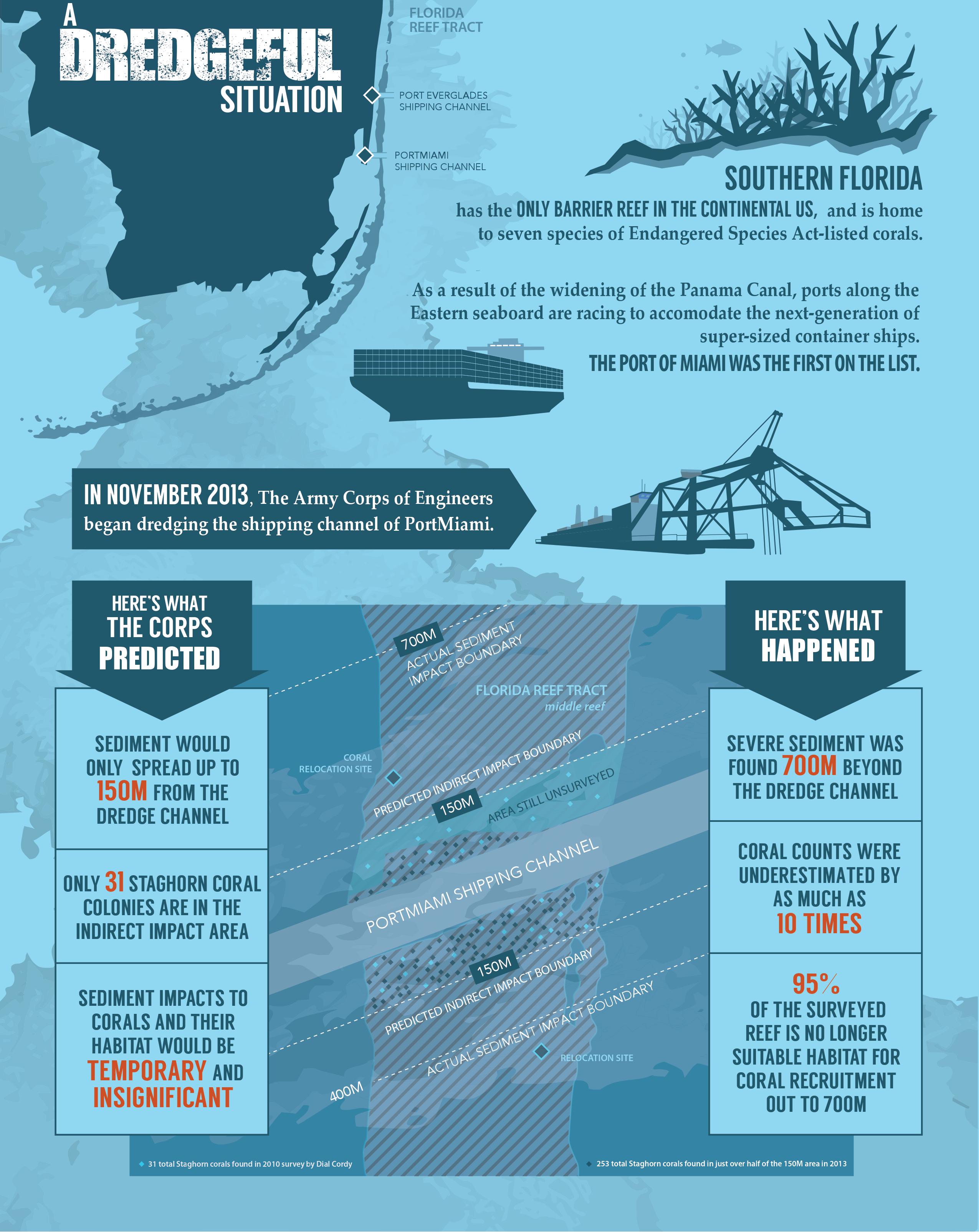 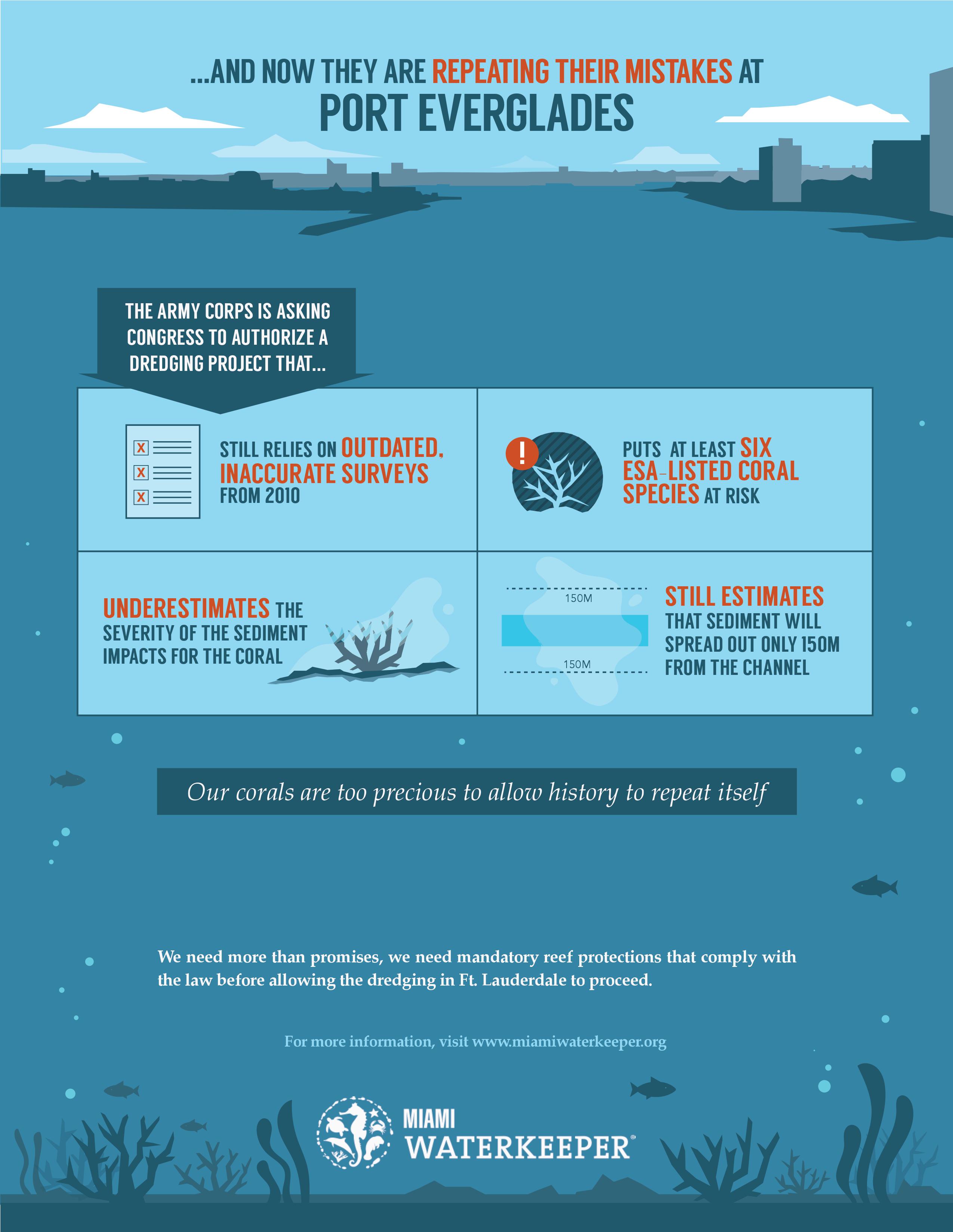